Though we generally like to stick to slinging chocolate, when the governor asks to speak with you and wants to get chocolate you give her chocolate! (she's a milk chocolate gal, by the way) ;) We tried to make the day super special by bringing in all kinds of chocolate to sample - different blends, different harvest, all the things!

Of course, it wouldn't be an eventful day at Bon Bon Bon if something didn't go wrong, so unavoidably, our power went out. Of all days for the power to go out, it decided to do so just hours before our special guest arrived. We had flashlights and thankfully the space has a giant garage door that brings in a ton of natural light. But the chocolate gods were looking out for us and just moments before the Governor arrived, POWER WAS RESTORED!

Some things were a little finicky like the outlets, but our gal Mar of Tall Boys Studios came equipped with battery packs for her lights & we were set! By the time Governor Whitmer arrived, we had plenty to talk about including how she frequents Bon Bon Bon and gets them as gifts for her family and friends - like WHAT!? Really!? Normally when we have super cool super high profile peeps come to visit us they either are visiting for the first time or their PR person set up an itinerary for them and they've never even heard of us before. But Governor Gretchen Whitmer is a Bon Bon Bon loyalist and has been for quite some time! That was a pretty cool thing to find out from the person who is at the top of a very important ladder.

Check out some of our now most prized possessions that Mar captured from the very special day: 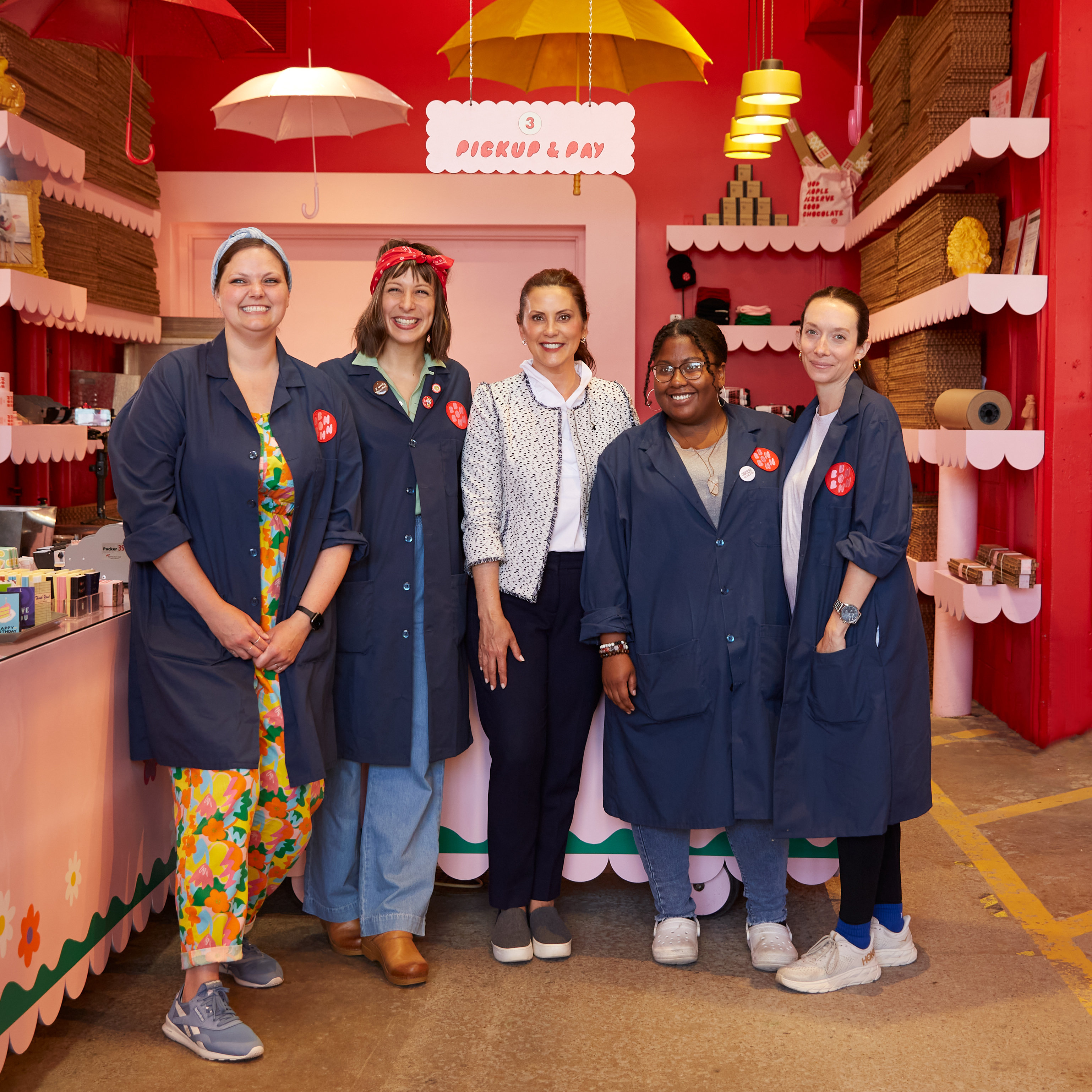 Just a couple of Babes Babes Babes hanging out with the Governor of Michigan, no big deal (unless you're Adrienne, far left :D) 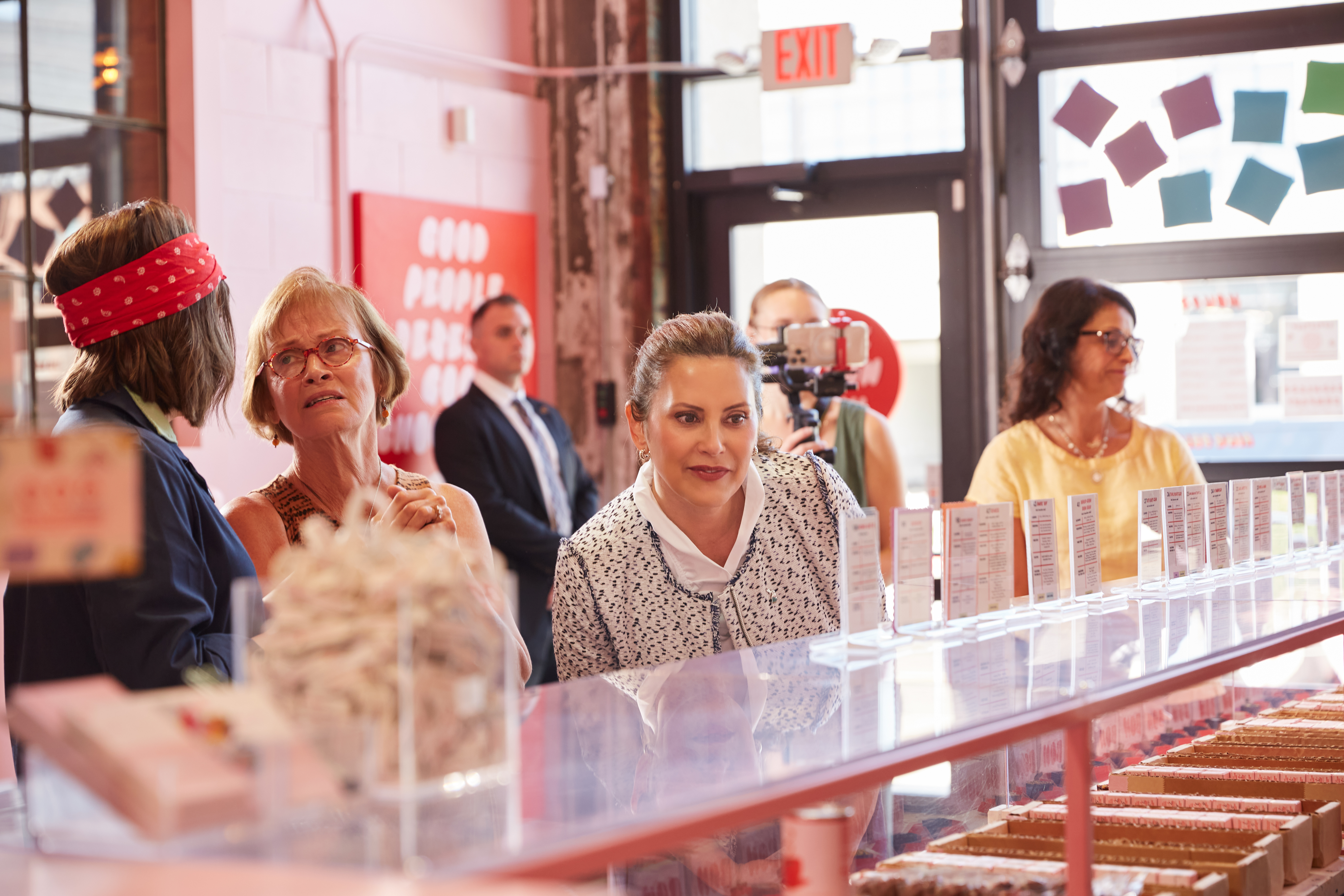 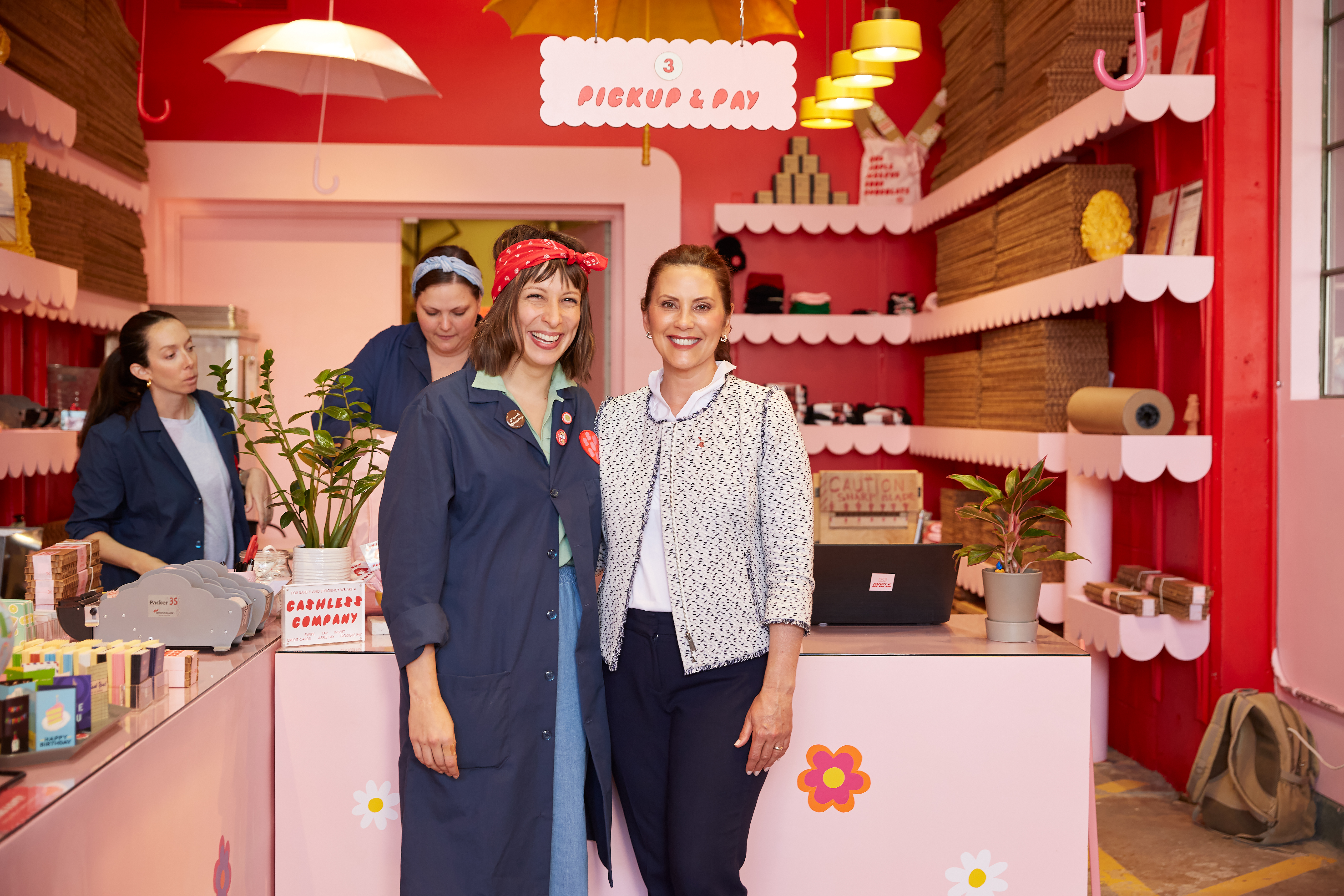 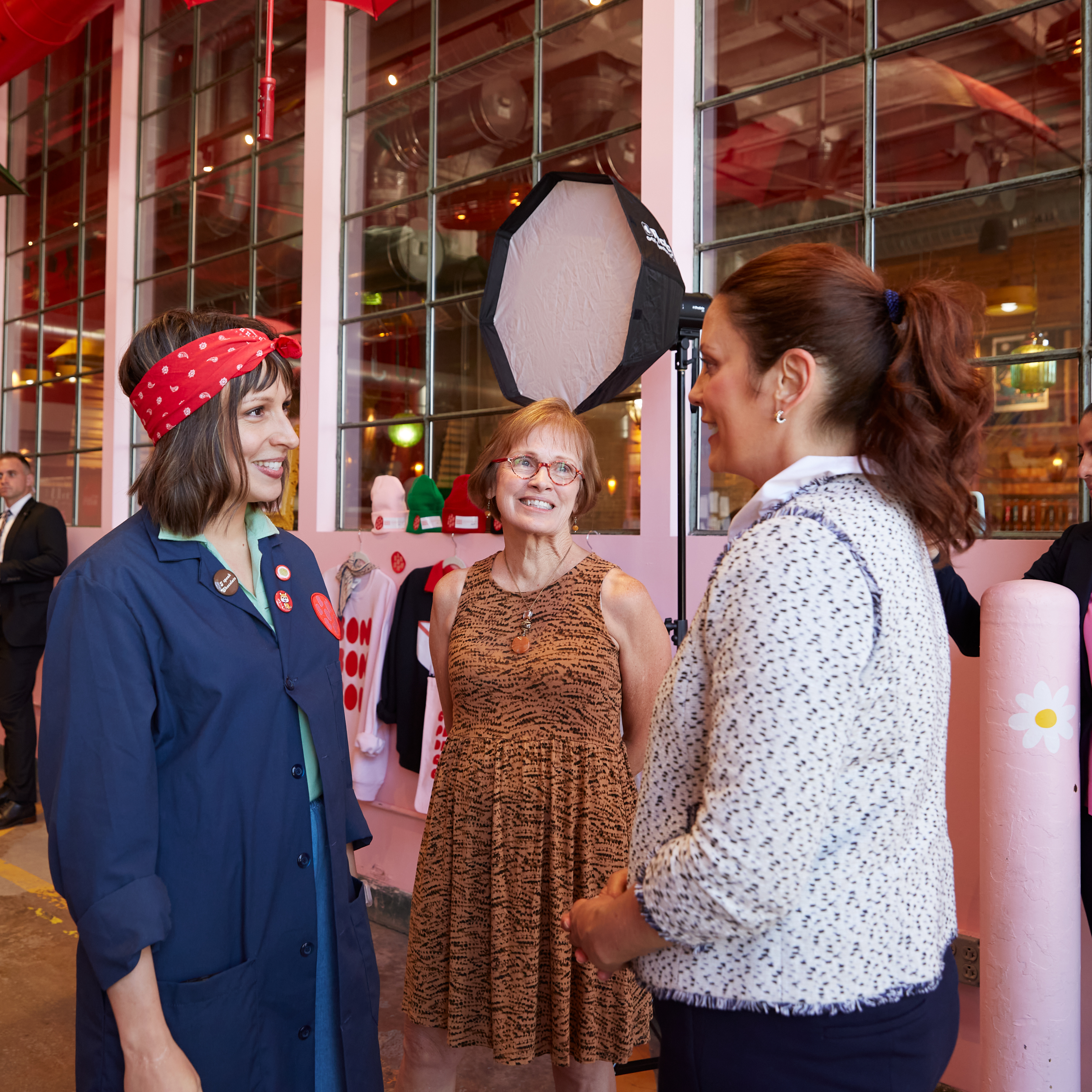 Governor & Chocolatier probably talking about the politics of chocolate